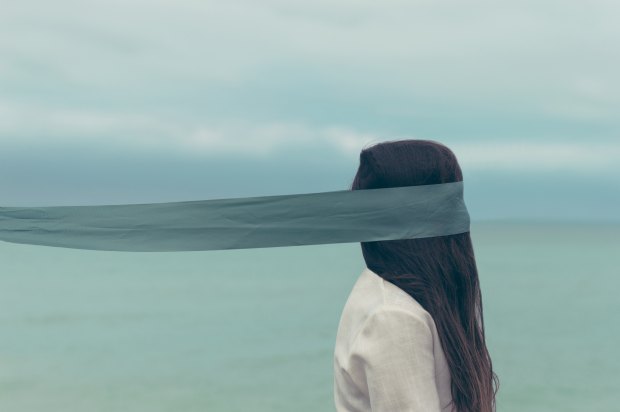 When the “me too” hashtag started trending, I didn’t know whether to type those two words or not.

I am extraordinarily blessed to have experienced no overt sexual harassment, much less sexual assault. I’ve only been catcalled once, by stupid frat boys zipping by in broad daylight. I don’t even count that as catcalling. I was safe, they were driving too fast to even see who I was, and they didn’t say anything — just whistles and yells. They were rude and obnoxious, but it didn’t elicit any response from me except an eye roll.

I am even further blessed that the communities of men I’ve found myself in were respectful, friendly, and in firm control of their sexual desires. Even those with less feminist beliefs felt safe.

I took those things for granted, assuming that was a typical experience. It made sense to me, that men and women would respect each other, that harassment and harm came from scary strangers and obvious pervs, not from the good guys you thought you knew.

Then one of the good guys in my life turned out to be a perpetrator towards someone I dearly loved. My world has never looked the same again.

I didn’t need the “me too” hashtag to know how prevalent sexual harassment and assault was. By the time the hashtag started trending, I’d already heard the stories from the majority of my friends and acquaintances — stories not just of off-handed gross encounters, but of rape and molestation, often by family members. The horrific stories were equally common as the catcalling and sexting.

I am now more surprised to find a woman who hasn’t been molested sometime during her life. I was an odd, inexplicable exception.

I have my stories too, stories where men demeaned me, harassed me, pressured me, and felt entitled to me. I am not confident they classify as sexual harassment, but the harassment stemmed from the same root — male entitlement trying to exploit a woman perceived as weaker.

There was the time when I was nineteen, attending my home church on spring break. A man in his early thirties approached me after the service, impressed with a comment I’d made during the Sunday school hour. It turned out we both loved discussing theology, and he asked for my email to keep the conversation going — presumably. Having never experienced a negative outcome from handing out my email to strangers (I keep a blog, after all), I gave it to him.

A few days later, I received his diatribe on the evils of denominations; his mission as a prophet of God to, essentially, lure people away from any church that claimed a denomination; and, oh, by the way, I’d love to court you with the intention of marrying you.

After respectfully and firmly refuting every single theological point, I made it clear that I was extremely happy with my boyfriend, whom I planned on marrying. I also asked that we cease correspondence, since his main interest in emailing me was, it turns out, to develop a romantic relationship. (And I wasn’t comfortable sending cozy emails back and forth with a guy who thinks he’s a prophet of God. Minor point.)

His response shocked me. He ignored my careful theological arguments and honed in on the repugnant idea that I’d assumed he’d wanted to court me. Whatever made me think that was his intention?, he wanted to know, along with some bitter observations of my current romantic happiness. And he pressured me to still correspond; it was silly for me not to, since he hadn’t, as I’d brazenly assumed, made any advances on me whatsoever.

A few months later, a thick, single-spaced, double-sided packet was left on all the cars at my church, slandering individuals in my family with accusations too ridiculous and impossible for anybody to believe. It included his reassertion that he’d never made advances on me, and that if my parents didn’t want me talking to their daughter, they shouldn’t have let me talk to him.

Sexual harassment? Perhaps not technically. But it was a frightening, confusing, demeaning experience — from his gaslighting to his assumption that I was under my parents’ control to his refusal to take my clear no as an answer. And it all came from his obvious assumption that he deserved my attention on his terms.

I found out later that he has since gone from church to church doing something similar — trying to sow division in the churches while targeting younger and younger girls.

If that’s not predatory power play, I don’t know what is.

And then there was the puzzling encounter with the man at the fence. I was supervising my kindergarten students in the enclosed playground that ran alongside a road. From all the way across the playground, outside the fence, a young man began calling to me. Thinking it was a parent uncertain of where to go, I came over and asked him to repeat himself.

He wasn’t a parent. I have no idea who he was, or why he called over a woman who was clearly working and not even remotely close to the fence. For the next fifteen minutes, in the most casual, subtle, and friendly way possible, he tried to extract all kinds of personal information from me — my name, where I lived, what I did, and what my number was. He told his sob story about not having very many friends and how he’d love to keep in contact with me so we could hang out sometime.

Ah — this was clearly a smooth talker trying to flirt and get my number. I smiled and said I was married.

Without missing a beat, he said that didn’t matter; he just wanted to be friends; he didn’t have any friends; come on, just give me your number.

I was bewildered and disarmed, not wanting to assume the worst, not wanting to be unkind or unfriendly, but so uncomfortable and ready for this conversation to end. Somehow, he left — left me shaken and uncertain of what just happened, and what could have happened if a fence, a building full of people, and the excuse of being married hadn’t been available to me.

Sexual harassment? I have no idea. But the same feeling of being used on his terms for his purposes, his blatant disregard for my clear no — it was all there.

The security guard accidentally made it worse. He came out and told me he would keep me safe. He’d even pretend he was my husband as a last resort if the guy came back and wouldn’t leave me alone.

“Some guys just won’t take no for an answer unless you’re already with someone, you know?”

I could not believe that my dignity in many men’s eyes was tied to “belonging” to another man — that they would respect a man, but not me. Another frightening, disempowering experience.

The next time a strange man stopped at the fence and called to me, I pretended I didn’t hear. He lingered a few moments, then moved on.

And then there were all the comments I got on my post about respecting men enough to demand they take responsibility for their own sexual impulses. Let me say that I was lucky to receive only rude internet insults rather than the threats of rape or harm many other women have encountered and that plenty of men left respectful comments, whether they disagreed with me or not.

But there were still many graphic, demeaning comments that rattled me to the point of tears, to the point where I felt safest sitting close to my husband until my faith in mankind was restored. They weren’t directed at me, but they involved me.

The worst was this pleasant exchange:

Me: “My initial reaction is horror.”

(Christian) Commenter Two: “lol…you’d find out that you need to be horrified 24/7 then.”

My point in all of this is not to garner sympathy. I was safe, in control, and protected in all of these situations. While the initial experiences were demeaning and frightening, they don’t control my life, and they refuse to sway my trust that there are good, honorable, sexually controlled men in this world.

Neither is my point to diminish the particular focus of #metoo — overt sexual harassment and sexual assault. I am aware that my experiences pale in comparison to the horrors the majority of women face. That’s why I didn’t write those two words.

My point is simply that there’s a male culture that disrespects a woman’s right to say no or to exist with inherent dignity. Male entitlement and female exploitation exist even apart from things of an overt sexual nature.

They say sexual harassment and assault are primarily issues of entitlement and power rather than sexual desire. If that’s the case, the experiences of those writing “me too” aren’t too different in their essence from my experiences — both kinds deal with a man trying to overpower another’s consent, autonomy, and dignity.

Without detracting from those who suffered sexual violations, I want to expand the conversation to all forms of male entitlement that lead to the abuse, exploitation, and dehumanizing of others. There’s a lot more awareness yet to be raised.