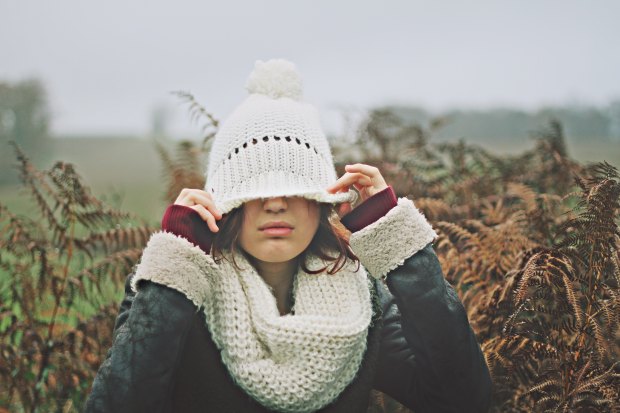 You know the proverbial pendulum swing — the tendency for people to go from one extreme to the next? Or the slippery slope, where if you believe or disbelieve one thing, you’ll inevitably end up believing or disbelieving a whole host of other things? They’re often used as scare tactics to keep the faithful walking in lockstep intellectual agreement. Dabble in feminism and you’ll end up a pro-baby killing atheist with an STD and a PhD in evolutionary biology. (So don’t dabble in feminism.)

There is, of course, some truth to these metaphors. Certain trains of thought, once abandoned or taken up, do connect well to certain other trains of thought. This is why, for instance, most of the egalitarians I know are more sympathetic toward social justice, and most of the complementarians I know gravitate more toward conservatism’s emphasis on order and authority. A strong emphasis on equality for women fits well with advocacy for racial and LGBTQ+ minorities. A strong belief that order and hierarchy does not undermine equality suits a conservative outlook that highly values respect for authority (e.g., the police, or the sitting Republican president). It makes sense that our beliefs about the structure of home life would spill into the structure of political life, and vice versa.

But I’ve made a recent breakthrough. I’ve found that even with the obvious fact that certain beliefs complement others well, the biggest reason people tend to jump on the pendulum or slide down a slippery slope is not intellectual consistency. It’s regular old peer pressure.

When I left fundamentalism for unfundamentalism (whatever that meant), I vowed not to repeat the same mistakes I made in my past. I would not buy into a group, a person, or an ideology hook, line, and sinker — at least not so much that it prohibited me from examining them with an impartial and critical eye. I would not shut up that gut feeling that asked me to question. I would not parrot party lines before researching them myself. I would not demonize those who disagreed with me. I would not be a bigot. I would not get caught up in promoting my group’s agenda over the truth.

In fact, I wouldn’t even join a group or adopt a label without thinking it over for a very, very long time.

So I was shocked when I found myself repeating some of my past fundamentalist mistakes — even though no one was threatening me with hellfire, and even though I technically didn’t even have a group to pressure me.

I would tweetstorm about what my Twitter tribe hated. I struggled to listen to that inner voice that warned me when I was giving up a deeply held belief just because that deeply held belief would cause conflict with my new friends. I found it was extremely hard to hold to any belief strongly without falling into somebody’s category of a bigot, no matter how tolerant and nuanced I strove to be. Even thoughtful, respectful groups had a point of no return — they wouldn’t damn me to hell, but they certainly wouldn’t like my comment on Facebook, and I would definitely get kicked out if I spoke up for my taboo beliefs.

My courage, my feeling of freedom to question and seek the truth, my desire to speak out, waned when I knew that the majority of my group would disagree with me. Oh, I didn’t always mind ticking off fundamentalists with my bold tweets and courageous blog posts. But I was honest enough to know that that wasn’t really bravery at all. There was always a safety net of people there to listen to me complain about the backlash and rev me up to fight the good fight again.

Bravery, I knew from experience, was speaking the truth even when you have everything to lose. I’d just risked losing my faith, my family, and my friends when I let go of fundamentalism. It was devastating, and I wasn’t eager to do anything like it so soon after finding a community that understood me.

What was wrong with me? Where was this fear, cowardice, and groupie-ism coming from? I had sworn off the echo chamber! I knew better!

According to Jonathan Haidt, in The Righteous Mind: Why Good People Are Divided by Politics and Religion, I was suffering from a condition called being human. In his research, he discovered that the human mind is designed not for impartially seeking the truth but for selectively filtering reality in order to bolster our social group. We naturally take an us vs. them posture, and we naturally feel our group is better, even if our group is nothing more consequential than being a Packers fan.

I was unconsciously participating in the kind of “truth-seeking” for which my brain was designed: the kind that knits me together with a group to parry outside blows, the kind that makes life certain and easy, that makes me feel accepted and stable.

It would be social suicide to rewire my brain to seek the pure, unadulterated truth apart from what my social group felt. That sort of truth-seeking — the actual kind, where fitting in doesn’t matter — is incredibly unnatural to human brains. The ability to be impartial, nuanced, and thorough — there’s a reason it’s so rare, and a reason people who possess it come across as “highly functioning sociopaths,” as Sherlock Holmes would say.

I didn’t find my journey after fundamentalism to be a slippery slope at all. It was a tug of war between these two desires — truth and social approval. Just when I wanted to settle in for a long slide, the desire for truth would start rapping at my conscience. There’s hypocrisy here. Why are you afraid to call it out? This doesn’t make sense no matter how long you’ve researched it. Why are you still trying to believe it? You don’t actually agree with this. Why are you pretending to celebrate it?

The answer was always fear — fear of losing my place in a group.

For the first time, I understood what Jesus meant when he said that the world would hate you, but pick up your cross. Being true to what I believed was good and right was a series of little deaths, little devastations, little ostracizations every single day. The whole truth didn’t lie in any one organization, person, book, movement, or ideology, so I could never check my brain and silence my conscience.

I can’t be a feminist, I’m told, because I have a  pro-life ethic from conception to death, and I can’t be truly pro-life because I’m a feminist. I’m not sex-positive, they say, because I take a negative stance on pornography, polyamory, and sex outside of committed relationships, but I’m still immoral for being sex-positive. The Pew Research Center categorizes me as a the right-leaning “Young Outsider” on politics, even though I’m regularly called a liberal. My gentle parenting group refuses to even entertain my belief that there’s a way to do gentle, child-led sleep coaching, but I’d get kicked out of regular parenting forums for my strident opposition to spanking.

And I didn’t enjoy Wonder Woman as much as I was supposed to. Where am I to go if we can’t even agree on Wonder Woman?!

I would ask you to pity me, except that I have always found someone to agree with me on a particular topic (even Wonder Woman). But the problem with having opinions is that it’s hard, if not impossible, to find someone who agrees with me on every topic, much less a whole group of people.

Instead of fighting this social reality, I’m working toward accepting it. As long as I care deeply about the beliefs I hold, I will never fully fit in, I won’t always be popular, and I won’t go through life without trodding on some toes, no matter how gracious and nuanced I try to be. (And I refuse to use the fact that I might get namecalled and misunderstood to purposefully offend and misunderstand others.) That makes being a social creature hard, if not impossible. But that’s the nature of truth-seeking with a human brain designed for social acceptance.

14 thoughts on “If You Want to Pursue the Truth, You’ll Never Fit In”