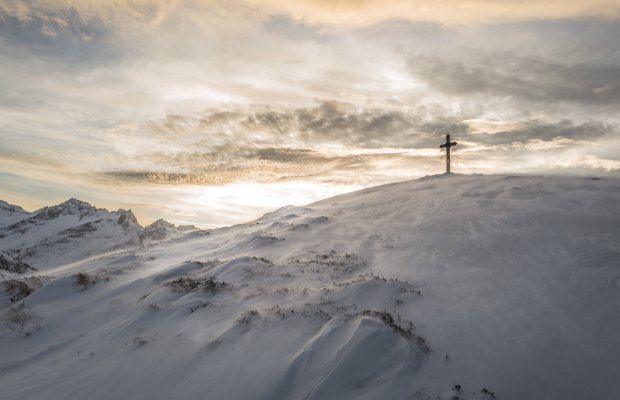 My introduction to Vision Forum and the Botkins’ So Much More coincided with a budding desire to know, love, and serve God. I fell hard into patriarchy, particularly its pitch for “Biblical womanhood.” That was all I knew about the Christian life until age sixteen, when I discovered that a loving God was not a liberal fairy tale.

Now that I’ve been there, done that, bought the denim skirt, I see that “Biblical” really just boiled down to “formulaic.” “Biblical” meant principles, rules, blueprints, and paradigms. (Fun fact: I learned those last two words from reading and re-reading patriarchal literature.) It meant a cookie-cutter way to do life that trimmed out important parts of my soul and body.

This is my cynical side speaking, but it often seems to me that fundamentalism, which hijacked the word “Biblical” to often imply these things, did a lot of trimming out of the most important parts of reality, Christianity, God, and people.

Fundamentalism, of course, would say that it’s just remaining faithful to sola Scriptura, preserving the sacredness and inerrancy of Scripture by returning it to the central place in Christian life and practice. But fundamentalism operates on a radical sola Scriptura that tries to connect the Bible to every single aspect of a person’s life and spirituality. (See a hilarious spoof of this attitude here.)

That seems orthodox, but frankly, there simply aren’t enough rules, regulations, and identical heroes of the faith to figure out a “Biblical womanhood,” “Biblical manhood,” or “Biblical anything.” The Bible doesn’t speak about many of the issues we wish it did, and when it does, it’s often painfully unclear. How else do we explain the thousands of post-Reformation Bible-based denominations that all disagree?

We’re seeing the consequences of that, especially those of us who grew up under fundamentalism’s influence. We’re learning we can discover things about God, ourselves, and the world apart from the Bible. We’re learning the Bible’s messier and murkier than the perspicuity doctrine admits. We’ve bumped into the limitations of “Biblical womanhood,” the purity culture, and modesty rules to protect ourselves, bring happiness, and draw us into deeper communion with God.

And many of us, when we learn those things, walk away from God and Christianity entirely. For those of us who were taught the Bible is central and the prooftexts must govern every aspect of our lives, particularly our womanhood, we cannot distinguish Scripture from oppression.

So the word “Biblical” has become for us a heavy bag to carry.

But I’m not leery of the word “Biblical” just because of its baggage — that is, not just because I’ve personally been wounded by a “Biblical” lifestyle. I’m leery of it because of the reason that lifestyle hurt me: it made the Bible, rather than Christ, central. It made Christianity all about being “Biblical,” often to the exclusion of being “Christ-like.”

To some, it may seem like a quibble, but to me, it’s the difference between life and death.

I spent my most zealous years pursuing “Biblical womanhood” and never thought about pursuing an imitation of Christ. I was told to imitate the Proverbs 31 woman as the model for living. I was never told to imitate Christ in the same way, not beyond doing basic loving things. I was told submission was my role as a wife, that my husband was the one doing the Christ-like thing. I was never told that my “submission one to another,” including to my husband, was linked to imitating the Christ who emptied himself for those he loved.

Jesus’s summary of living well was “love your neighbor as yourself and love the Lord your God.” How’s that for a Biblical paradigm?

Being “Christ-like” is harder than being a “Biblical woman,” to be honest. It was easier to wear skirts, learn homemaking, and browbeat the world as an expression of my love for God than die to self, love others when I resent them, and seek peace.  Being “Christ-like” is a lot vaguer — how exactly do I love others as myself, when nobody is slapping me on the cheek or attempting to stone a woman? Who is my twenty-first century neighbor, and how do I honor them? Why didn’t you say anything about consensual gay sex and birth control, Jesus?

I think the Bible holds the answer, insofar as it introduces us to Christ. But the true answer, the true word, the true way is Jesus alone, who is not, by any means, a “Biblical principle.”

3 thoughts on “Why I’m Leery of the Word “Biblical””