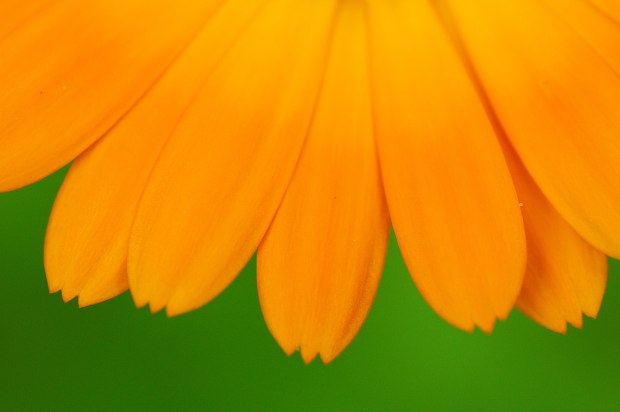 A friend of mine, Rebekah, shared this heartwarming story with me in response to this article and was gracious enough to let me share it with you.

My mother’s decisions to affirm my personhood over gender stereotypes at key points in my life are cherished memories that have helped shape my sense of self and that encourage me still.

When I was five years old, I was obsessed with Ernie from Sesame Street, mostly because he was orange. I really wanted to have some clothes that had images of Ernie on them, but there were none in the girls’ department at the store. (Things are a lot different now than they were in the late 1990s!) Orange, though I didn’t know it, was perceived as more of a boyish color.

But as soon as I had become old enough to bat at the toys on the mobile over my crib, I had always batted at the orange one. After I started attending Sunday school, I always picked the big orange crayon for my coloring book page creations. When I was three years old, I began asking for various permutations of Ernie—Sleep and Snore Ernie, Rock ‘n’ Roll Ernie, etc.—for every birthday and Christmas. Soon that desire for Ernie spread to wanting clothing with Ernie on it. My mom first looked in the girls’ section with me, but then she realized that we had to go to the boys’ section.

My sister, then six, objected vociferously. “But we don’t go to the boys’ section! We’re girls!”

I became worried. I thought that maybe it was somehow wrong to want to go the boys’ section, although no one had ever told me that. (Of course, I don’t blame my sister for her interjection. She didn’t know any better.)

My mom instantly said, “Rebekah likes orange, and there are more shirts with orange and Ernie on them in the boys’ department.” She refused to let my sister make a big deal out of it, although she tried to. (“But why does Rebekah have to go to the boys’ department? We’ve never gone there before.”) I can’t tell you what a relief this was to me; I still remember it vividly.

A few years later, I must have expressed some concern at my realization that I didn’t like either girly or tomboyish things. I had always had an almost pathological aversion to glitter, the color pink, Barbies, etc., but I also hated sports, most physical activity, and getting wet or dirty. But as a preteen, I was bothered by the fact that I didn’t fit into the socially constructed categories of girly girl or tomboy.

My mom said something along the lines of the fact that I didn’t have to do girly girl things or tomboy things, and it became a family byword that I did “Rebekah things.” We joked about “Rebekahland,” a place I would retreat to in my mind, sometimes when I should have been paying attention to schoolwork.

“Rebekah things” meant, among other things, relishing everything orange, reading for every moment possible, living in an imaginative world, and enjoying woodland animal toys more than dolls.

Once I got to college, my mom came across a comic where the main character, Agnes, is questioned by her grandma about what she’s doing. It turns out that she’s making up some kind of pretend world. Her grandma asks her if she’s doing girly things or tomboy things. She says, “I’m doing Agnes things.” My mom sent the comic to me and said it reminded her of me.

I am incredibly grateful that my desire to do “Rebekah things” was respected, appreciated, honored, and celebrated in my family. These events may sound insignificant, but they were actually very formative. To this day, I love the color orange, I glory in the beautiful and the imaginative, and I delight in woodland animals, and doing so always feels like being me.

4 thoughts on “Personhood and the Color Orange”